What Is Medical Aesthetics?

Natural and artificial factors, especially aging, cause the skin to lose its former appearance and deform. As for the elimination of such aesthetic complaints, many methods that do not require surgery and surgical procedures are often preferred today. People who are not satisfied with their external appearance are treated without going under the knife thanks to medical aesthetic procedures. In other words, since there is no need for a surgical intervention such as a deep incision in medical aesthetics, the procedure is completed without surgery.

What Diseases Does Medical Aesthetics Look At?

Patients admitted to the unit with complaints entering within the scope of medical aesthetics are primarily pre-examined by a specialist aesthetician. A person who wants to have an aesthetic procedure is subjected to a number of tests for more detailed examination and analysis after this examination process, which is performed through physical control. After tests such as blood test, skin analysis, fat and metabolism test, the final decision is made on whether the patient is suitable for medical aesthetics. After the medical aesthetic procedure performed according to the patient's request, the patient can be discharged immediately according to the condition of the procedure.

Procedures defined as general medical aesthetic procedures are also applied to a certain area of the face in line with the patient's request. Therefore, there is no need for surgical procedures that will affect the overall face. In addition, some procedures performed on the advice of a doctor, such as spot whitening, regional thinning and Laser Hair Removal, are also among the general medical aesthetic procedures. Body tightening cures, known as youth vaccine, can be applied within the unit by determining an appropriate session schedule.

Patients who apply to the medical aesthetics unit with facial and hair complaints, but are afraid of having an artificial procedure, prefer natural applications called mesotherapy. Thanks to the mesotherapy process applied in several cures, problems with face or hair are solved by natural methods. In facial mesotherapy, which is applied in cases where the skin cannot recover due to vitamin deficiency, it is aimed to minimize wrinkles by injecting vitamins under the skin. In hair mesotherapy, keratin and vitamins are injected into the hair follicles, which tend to decrease. In this way, it is ensured that the weak hair follicles recover and regain their former strength. 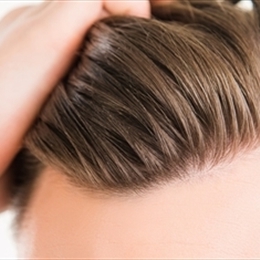